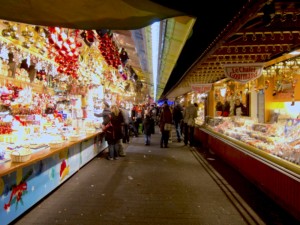 Most of the time, the differences between one distro and another aren’t so important – most distros work the same as one another, which we are swift to be reminded of when asking “what’s the best distro for beginners?”

But what about drilling deeper into that question and instead asking, “what are the key differentiating factors between desktop distros?”

Here’s the list of things I consider, when deciding whether to take the time to download and install, or recommend, a distro.

Does the distro have corporate backing, and do you agree with that company’s policies and practices? The following are the major players – note that the pay-for distro is generally not available as a binary, and the companies provide extra services on top of licensing the pay-for version. The free/gratis version is usually related to the pay-for version (but not necessarily).

Corporate-backed distros I am currently happy with in general include Xubuntu 14.04 and CentOS 6. I use Ubuntu Server from a VPS provider too.

Base distro and family

I distinguish a base distro as one that was not forked from another project, and typically exists with its own idiosyncracies.

Distro family parents on the other hand are any distro that has done a significant amount of work which their derivatives depend on, and can be base-distros or a derivative of one.

Any derivative will typically inherit the base distro’s properties — package management is arguably the single most distinguishing feature of a base distro.

Mainstream base distros are:

There are other families out there, but I have only so far found these two to be prominently forked. Personal experience only.

Each Linux distro release is accompanied with a certain period of “support,” which means a period during which security updates and bugfixes will be produced for that distro’s software versions, after which updates will cease to be received. If you want to continue to be on a system that’s receiving security updates, you need to upgrade.

Most projects include 12-18 months support as standard, after which time theyt will have moved on to a set of newer releases. “Long Term Support” refers to a support period that is longer than normal compared to the same distro’s normal release schedule and End Of Life (EOL) date.

For example, Ubuntu’s cycle is a new release every 6 months, with support for 12 months, but every 2 years a LTS release is made that is supported for 5 years. Conversely, each Red Hat Enterprise Linux major version is supported for ~7 years as standard, and extra support can be paid for by individual clients. Finally, rolling release distros are constantly updated to the latest versions, at the expense of not being able to do a “ground up re-design” in the future.

Distinguishing features are then:

Linux has come a long way to becoming more and more newcomer-friendly, in major part thanks to the efforts of Knoppix, Ubuntu and Mandriva. Still, there are some that remain deliciously hands-on and super-technical and should not be touched without the requisite gloves and safety goggles…

You’ll want to find out whether the installation

When talking about Free Software, the inevitable question arises – what is the stance on proprietary binaries in distros? The Free Software Foundation is adamant that the source must be available with anything the distro provides access to or recommends, and pretty much no mainstream distro is thus 100% Free as in Freedom, most generally carrying firmware blobs and/or proprietary media players such as Flash.

Consider whether or not the distro:

and whether excluding proprietary software matters to you. Note that in your country, there may be legal restrictions at play too – not just personal preferences.

Some distros make sure their releases of software integrate with a specific DE out of the box, and using a different DE will not benefit from the integration. Or maybe it uses a custom DE completely.

Some DEs are more customizable, some are lighter, some require graphics cards and are snazzier…

GNOME recently forked from GNOME 2 to GNOME 3, the latter abandoning the desktop metaphor and changing some interface principles thereby breaking customizations that some users wanted. This led to the creation of MATE (“MAH-teh,” after the herbal tea beverage from Latin America), a GNOME 2 fork, and others.

Ubuntu now has its own Unity desktop environment, Linux Mint ships with its own Cinnamon, Xfce is becoming known as the lightweight power desktop with LXDE becoming the most lightweight trimmed desktop, and Bodhi’s Enlightenment is gaining traction as a customizable interface, elementary OS is pushing their simpler, elegant Pantheon desktop environment… it’s a battlefield out there, and for just cause: it’s the single most immediately visible differentiating feature of a desktop operating system, which we interact with day-in day-out.

What you choose is up to you; personally I would recommend MATE, Xfce then Cinnamon as classic desktops (if you’re used to Windows-style interaction); or going GNOME 3.10+ or KDE 4.11 for less classic but more decisively (and divisively) innovative experiences.

What software is bundled from the outset in a distro determines how much post-install setup you need to do, and how ready it is for a boot-from-CD/USB distro.

For a desktop system, I identify the following “levels” of bundling

When you choose your own distro, you need to decide whether the purpose of a distribution matches yours – for example, I would not recommend Lubuntu to anyone deploying Linux without prior knowledge (except as an exercise – it’s too sparse), and I wouldn’t recommend Korora to anyone who had a specific computer purpose in mind (too heavily geared towards home use, bundling too much “showcasing” software).

I’d push in general for LiveCD Distros that include LibreOffice from the get go, as that is the foundation of document exchange these days — editing MS Word documents and such like. Linux Mint MATE and Manjaro are good examples of a generalist “boot from USB key” distro, which also offer the possibility for local installation.

Some distros ship with home-grown software and features, some host their own cloud services tied to the OS, and some readily integrate 3rd party services like Google Drive and Dropbox clients.

I prefer to install these myself when at all, but that’s my choice.

Some distros include a separate non-free (proprietary, and sometimes even pay-for) repository (Debian), some have access to such without hosting it (Fedora), and some don’t allude to any at all (FSF-approved distros like Parabola). Some have access to a large community repository like the AUR (Arch family), some can use the PPA system of mini-repositories (Ubuntu family). Some repositories host a lot of old software for the sake of stability (Debian, CentOS), some make a point of providing the latest version right from the horse’s mouth (Arch, Slackware).

Does the distro include its own services (Netrunner or JoliOS for example) or software?

Does it ship out of the box with 3rd party services? Chrome OS is tightly tied to Google; Netrunner offers to connect various cloud accounts; UberStudent integrates many file and notes synchronization apps out of the box.

My concerns revolve around being able to demo Linux to potential converts and new users, and as such I prefer to spend my time using a Linux I can get very familiar with over time.

My requirement then is that it needs to have the best possible chance of working on popular hardware (most likely requiring proprietary drivers), high automation and low-jargon for routine tasks such as installing software and printers, and a straightforward familiar interface for Windows users. Low requirements of user intervention for maintenance and availability of popular gratis (but not necessarily libre) software from the repos is a big bonus too.

Essentially, what I choose to use day-to-day is a distro that could be used by just about anybody who can use a web browser and social media; I have VirtualBox for all the rest.

And this is my reasoning:

There are of course many other differentiating points between distros, but I think the above is a sufficient generalist selection to go by.

I am currently running MINT 17 on my laptop.

What did you choose, and why?