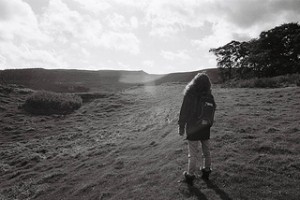 I ranted previously about my annoyance at the name “Free Software,” wherein the name is too easily misconstrued to mean freebie (but still proprietary) software like Dropbox, or the Yahoo toolbar. Further thinking about the naming issue, I ended up deciding to call it “Open Source Free Software” instead.

There are two adjective groups in the name: “Open Source” and “Free”, with the latter being interpretable in two ways: freedom and freebie.

Due to the way adjectives apply in English, “Free [Open Source Software]” sounds like it is in opposition to a futile notion of “Proprietary Open Source Software.” More popularly, with the emphasis on “Free”, we end up with the same issue of looking like we could be talking about sketchy downloads.

“Open Source [Free Software]” on the other hand moves the emphasis to the openness, and is in opposition only to “closed source proprietary software,” since “closed source libre software” makes no sense. Even if the listener misunderstands “Free,” they can still understand that it is open to tinkering – which is the freedom we want anyhow.

Thus we focus on openness as a vehicle for software freedom, instead of leaving potentially damaging emphasis on an ambiguous word.

Varying “Free” on its interpretation against openness/closedness, we get:

There is still a question about whether to include blobs or not in the open source project, since doing so would disqualify it from being Free. This would still have been discussed anyhow however.

The point is, emphasising openness more easily leads to a discussion on freedom. Emphasising “Free-ness” just makes people shy away – not because of the implications of “freedom” but because of the warning flags around “freebies.”

Posted on May 8, 2014 by Tai Kedzierski, Reply
Posted in Ethics, Free and Open Source, Musings
< Previous Next >