A little allegorical tale about Proprietary, Free and Open Source 🙂

If you’re looking for a tale to introduce the concept of freedom of software to younger generations, or people who just “don’t get computers,” take this one and run (with) it 🙂

I’ve tried to maintain as many parallels as possible to the story of Free Software, for the fun of it, but also to be able to enable points of discussion. I’ve deliberately kept to generic characters and actions so as to remain general, and allowing anyone else to build upon the story. On that note…

Unlike a bard of olde, I have at my disposal two extra tools: the Internet, and Copyright Law. Regarding the latter:

I release this text under the Creative Commons License 4.0 Attribution-ShareAlike

You may copy, adapt and redistribute the work, even commercially, PROVIDED you grant this same license to the derivative work.

You may not apply legal terms or technological measures that legally restrict others from doing anything the license permits. 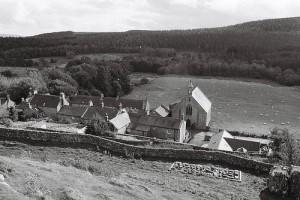 The Kingdom of Prosol is a magic kingdom, housed in a large Magic Golden Castle, containing its own plentiful magic fields irrigated by magic water, prosperous even though surrounded by the empty lands of Naubs-ness.

In this magic castle, the nobles would gather and hear the tales told by bards of the Bards Guild, and jokes told by jesters of the Jesters Guild, and had their affairs run by wizards of the Wizard Guild. They were all paid handsomely for telling their stories and playing their songs, and working their magic. The servants of Prosol were well fed and well housed, but they were watched at every corner of the castle for any unwanted behaviour by a magical thread, the Telltale Overseer, that ran throughout the castle.

One day, one of the servants was serving at a banquet held by one of the lords. She heard the most beautiful songs, and the most fascinating stories, and witness the most astounding magic.

The next day she was talking to the other servants about it. She sang the beautiful songs to the washer women as they washed, and told the kitchen staff the stories as they cooked, and recounted the magic she witnessed to the apprentices at their chores.

Little did she know that all this was being relayed to the bards, and the jesters, and the wizards, by the Telltale Overseer.

The Guilds were furious.

They bound her lips so she could not speak, and sealed her ears and eyes ever witness anything in the world again, and hunted down all who had listened to her – the washer women’s lips were sealed, the kitchen staff’s voices were taken and the apprentices were brought to heel.

But there was one wizard in the Guilds who was unhappy with this. He loved to have his magic talked about and praised, and for anyone to be able to benefit from its produce, even though another wizard might better him performing it, and knew many colleagues thought the same, and so he spoke out and said “Stop! Cease this madness!” He gathered a grand meeting of Guilds from the other guilds and spoke.

“We cannot bind these people so! The magic we create is there to serve them! Let them be free!

“Let them be free to use our magic and potions, and give them the recipes to how they’re made, and the methods to the magic! Let them improve upon these recipes, and let them concoct better potions and methods to serve all! And most of all, let them be free to share the new potions, methods and recipes with all!”

But most of the members of the Guilds disagreed. “We toil to craft our arts to make each song, story and potion; why should we let these servants wildly run away with these, and let others use the methods we tirelessly Developed for ourselves?”

“You are paid at the first performance of your art, and at your every performance of it thereafter. Is that not enough? Perform your art to earn your living, and teach your craft to those who will buy your time!”

This the Guilds could not abide by, that they should only ever be able to make money from renewed work. They threw him out of the castle, along with his heretical followers.

And so the wizards of the open lands started building platforms and ladders with which to re-enter the castle and free the servants of the Overseer and the Guilds. They managed to progressively free more and more servants, helping them out with the aid of more and more wizards from the inside who were preparing them for the escape, and little by little, they cleared the wastes and made a proud little village of Fresol, tilled and watered the fields, and found that they were fertile after all.

One wizard set up a Merchant Hall which anyone could use to start buying and selling goods, and soon many merchant halls for a wide variety of goods became available.

They grew grass to make straw to thatch roofs and to bed on, but with few wizards, their produce was not always as verdant as inside Prosol. The cabbage and potato fields turned out excellent, as did the chickens, much better than what they had gotten in the castle, but the wheat and the fruit orchards were poorly and was the rest of the livestock. Much more work would need to be done to be fully sustainable.

Unfortunately though, they were still few, and while some wanted to save the people in the West Tower first, others clamoured to take on the Eastern Wall or the Northern Gate, and their forces were divided. Some wizard leaders managed to rally groups to them and focus their missions, but it was by no means a united effort.

Some of the newly emancipated servants, enamoured by the freedom, hastily returned to the castle to free other servants in turn, hurriedly pushing them onto the platforms and ladders by the dozens, without regard as to whether the wizards had finished building them.

Some fell through the incomplete platforms and came crashing to the ground. Others who were fortunate enough to get down safely were greeted with a proud feast of thin meats and dried fruit. For several days they were made to water the fields with magic water from junior wizards, and for several nights they dined on banquets of cabbage, potatoes and eggs – and occasionally a chicken. Eventually, they ran back to the castle gates and demanded to be let back in. “We’ll serve again! We’ll serve again! We do not want to live in huts and dine on sparse diets! Give us warm quarters and luscious fruit and fine imported goods once more!”

The village of Fresol’s council knew that it was too soon to take in more emancipated servants – they needed to improve life in Fresol, improve the situation in the fields, and build Fresol into a large town, with everything they needed, and sent word to the first Guild Wizard, who had spoken first to set them free; they said “We need to improve Fresol first before we can take anymore refugees! Leave the ladders and platforms in place for refugees to escape on by all means, but come help in the fields!” But the wizard simply replied “I am toiling to convert fellow wizards to our cause! The task of making magic water and dispensing it on the fields is yours!”

The councillors didn’t know what to do. They were indebted to the first Guild Wizard for freeing them, but his drive was hard to keep up with! They could not offer the freed servants comfortable bedding, and they could not offer them varied food all the time! Some of the new wizards were helping improve foods, but mainly only in areas they were interested in personally. It was untenable for the grandeur of the great wizard’s cause!

In the end, they Opened up their fields and merchant halls to the masters in the castle, who wanted to benefit from the improvements they had made around the cabbage, and the potatoes, and the chickens, and the discoveries in new magic that had been made. They struck a deal to provide these, in exchange for which the anyone from the castle could come and go as they pleased, working sometimes in the castle’s service, and freely going about the fields whenever they pleased, harvesting or tilling as they wished.

The first Guild Wizard who spoke to free the servants was none too pleased with the development, but could do nothing more than focus on converting Prosol wizards to Fresol’s cause.

And so the councillors and merchants of Fresol who Opened up to the deal to the castle still continued to improve the fields, and were content that the servants could come and go as they pleased. Bards, jesters and wizards of Fresol could share their songs and their stories and their magic as they wished; they would never be as rich as they were in Prosol, but they got by.

And the Magic Golden Castle of Prosol and its Guilds continued to increase the might of the Telltale Overseer into the fields of Fresol, in fear that their Prosol may one day come down as the first Guild Wizard hoped it would.